The guiding principle of homeopathy is “Similia similibus curentur,” in English “similars are healed by similars”. That means: a substance, that produces certain symptoms and signs of illness in a healthy human being, heals the same symptoms in a diseased person. 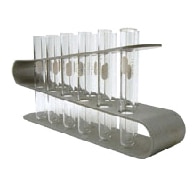 In homeopathy, the beginnings of which go back to the ancient world, medicines were always prescribed in minimal dosis. Unique about diluting a substance in homeopathy is that its effect is not at all weakened, but, according to homeopathic theory, develops deeper and even further-reaching powers. This is referred to as potentiation of the raw material, from “potentia”, Latin, potency.

Potentiation is achieved following precisely prescribed rules detailed in the Homeopathic Pharmacopoeia (HAB Homöopathisches Arzneibuch). At REGENA the initial steps of potentiation are still carried out by hand.

Let’s assume, the base substance is an extract of a medicinal plant, referred to as ur-tincture. If this is diluted with an alcohol-water mixture at a ratio of 1:10 and strongly shaken, one gets the first grade of potentiation, called D1, D denoting decimal steps

If D1 is further diluted with an alcohol water mixture at a ratio of 1:10, the second grade of potentiation, D2, is achieved. This sequence can be continued.  Beyond the D potencies are the C potencies, C standing for centesimal steps, in which the diluting ratio is 1:100, and the LM or Q potencies of 1:50,000. 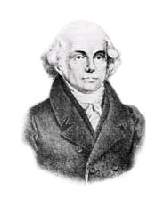 Samuel Hahnemann (1755-1843) was the founder of classical homeopathy. After  some of his pupils  had successfully experimented with the use of several single agents at the same time he also tried this approach in later years. His aim, however, was to investigate in detail the effect of each single substance to thereby find an explanation for the efficacy of homeopathy. For this reason he finally reverted to the single-agent-method. His pupils improved the several-agent-method, which, last but not least, led to different ways and theories, nowadays still represented by different pharmaceutical companies producing different homeopathic complex remedies.

With the further development of REGENAPLEX® remedies and the introduction of REGENA-Therapy among professionals, therapists were provided not only with significant medicines but were also made aware of REGENA-Therapy’s holistic approach: the understanding of illness as the pursuit of health.